Students and Graduates from the Department of Communication & Digital Media at An-Najah National University Complete a Training Session Entitled "The Rig on Press Freedom" at OsloMet University in Norway. 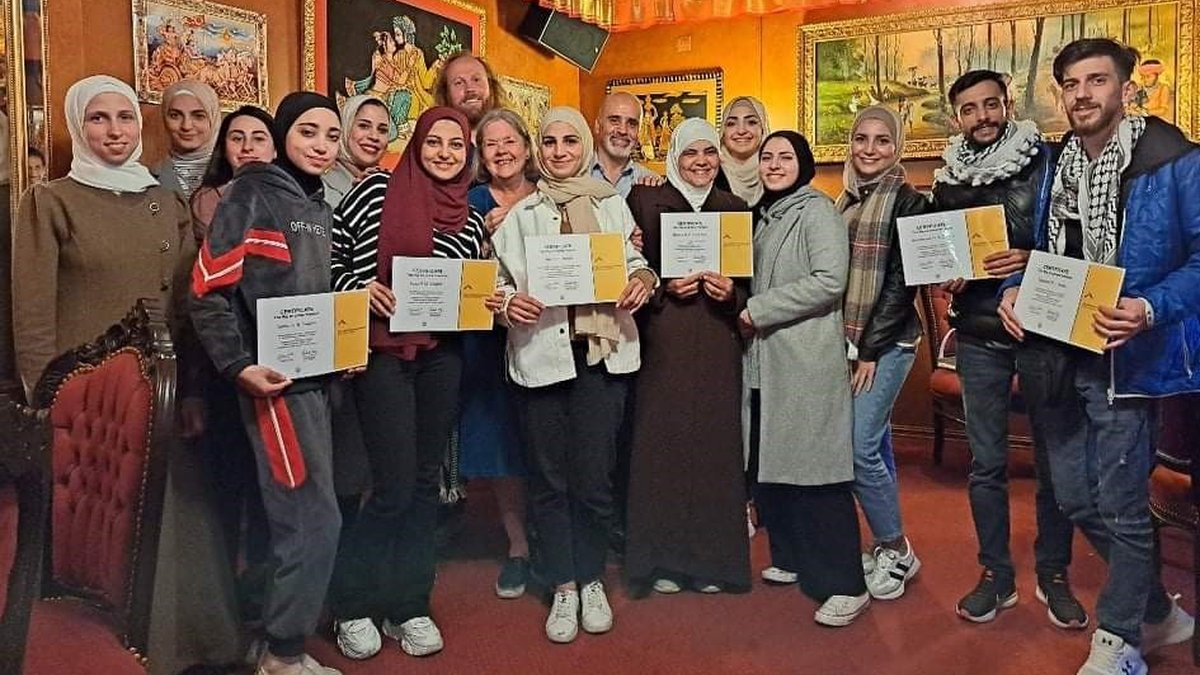 Palestinian students and graduates from the department of Communication and Digital Media at An-Najah National University completed a training session with the participation of Norwegian press students from OsloMet university. During the period from 16.5.2022 to 21.5.2022, the Palestinian journalists shared their expertise and worked with the Norwegian students on the topic of press freedom in many countries, including: Tunisia, Lebanon and Tanzania.

This training session was organized on the bases of the cooperation agreement between the department of Communication and Digital Media at An-Najah National University and the Journalism & Media International Center (JMIC) at OsloMet University, where 10 students and graduates from the department of Communication and Digital Media worked with a number of media students from OsloMet University to prepare news stories on press freedom in many countries. 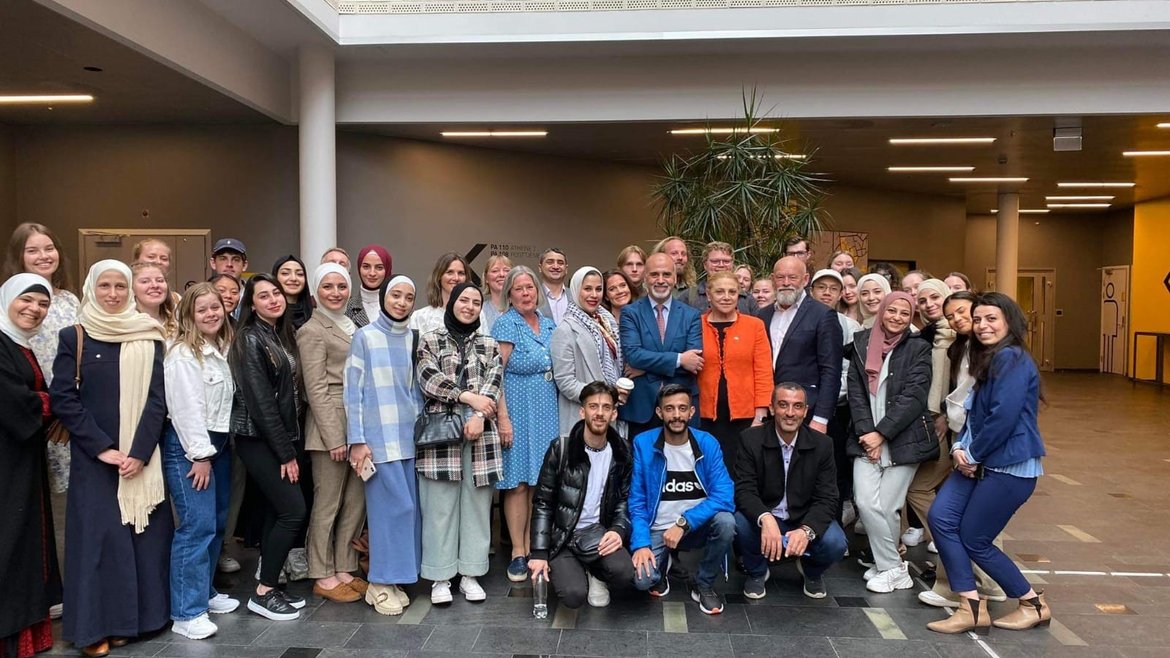 In the opening session, the session coordinator Prof. Elsebeth Frey and the projects coordinator at OsloMet university Oona Solberg welcomed the participants from Palestine and emphasized the deep relationship and cooperation between the two universities .Moreover, Prof. Farid Abu Dheir, lecturer in the department of Communication and Digital Media at An-Najah National University, thanked the hosting university and the administration of An-Najah National University that supports these prominent projects which promote the journalistic capacities of its students and graduates, he also praised the cooperation between the media department in the two universities which dates back to 1999 where the first agreement was signed between them. 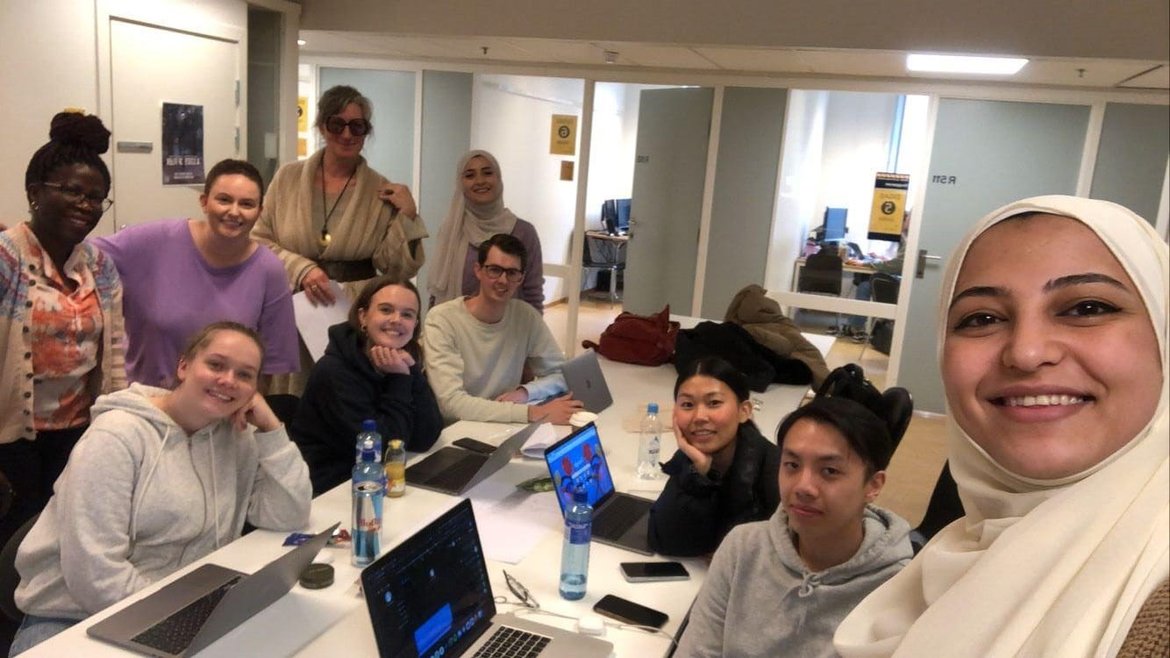 As a gesture of the Embassy of Palestine in Norway, the Palestinian ambassador Mrs. Mary Antoinette Sedin visited OsloMet University to view the workshop and check up on the participants. The ambassador gave a welcome speech and thanked OsloMet University for its efforts to strengthen partnership with An-Najah National University. The visit included inviting all attendees to the Palestinian lunch table that was prepared by the ambassador herself.
The period during which the session was held was marked by several leisure activities, like participating in the Norwegian National Day in celebration of the Norwegian Kingdom independence on 17.5.2022, visiting many touristic destinations in Oslo and walking around the city streets. 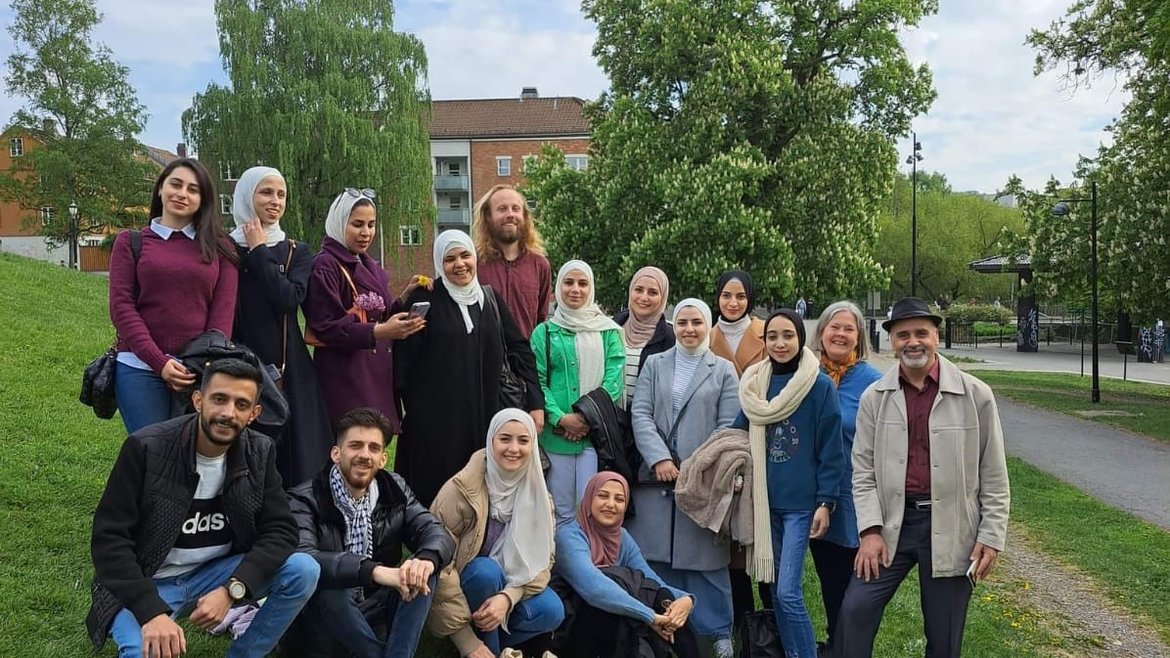