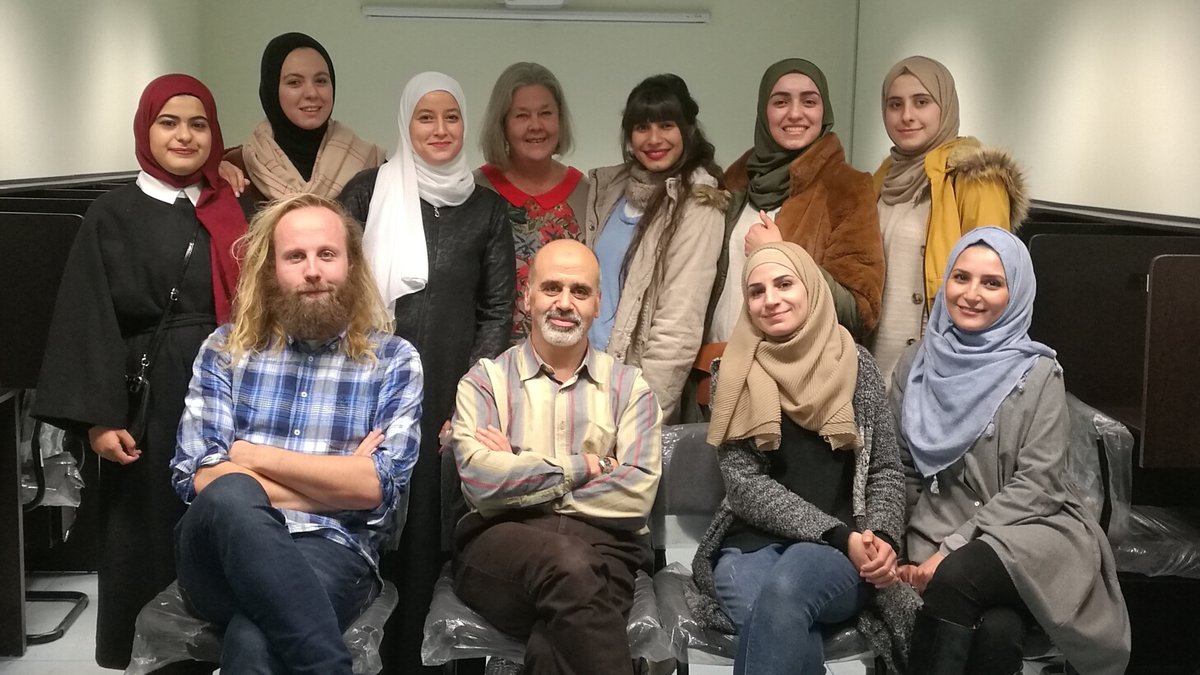 With  direct supervision of Professor  Elsebeth Frey, and participation of Professor  Mathian Falch, from Oslo Metropolitan  University,   the Department of  Communication and Digital Media of An-Najah National University  has  conducted  a research experience activity on freedom of the press in the Arab world.  The five-day long activity(  Dec. 7-12, 2019) , entitled  “ The Rig on Press Freedom”  also had the participation of four  staff members  from the department: Professor Farid Abu Dheir( coordinator), Mr. Ayman Al-Masri, Mr. Anas Salman, and  Ms. Amal Al-Qasim.  Twenty seven students  of both sexes have participated in   this  research activity.  The students  received  training on  press freedom monitoring in five  Arab countries: Lebanon, Jordan, Morocco , Egypt and Tunisia. They were also trained on how to write  news stories  about  press freedom in these  countries and communicate with key officials  to collect information and comments on the stories they  had chosen.

It’s worth noting that this activity, the second in Palestine, was in accordance with a joint agreement between An-Najah and Oslo universities. The first activity was conducted in Dec. 2019. 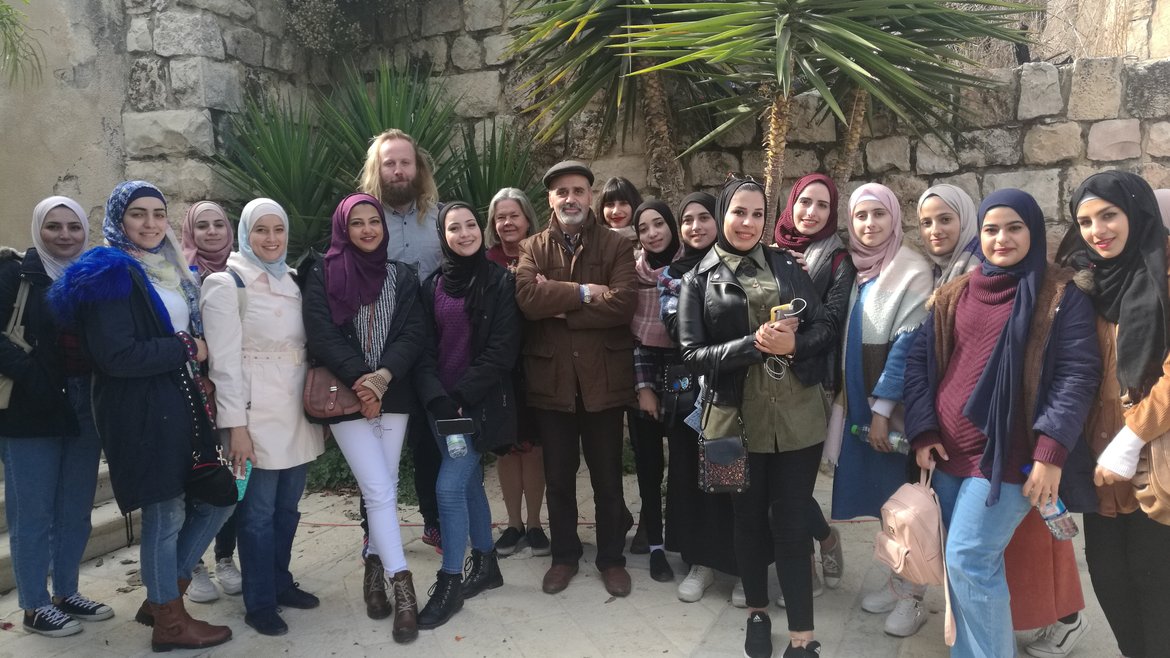 Prior to the activity,  a workshop was organized in Sept. 2019 with the participation of several Norwegian colleagues. In that workshop, the students were trained on how to write news stories about different issues.

The  “Rig on Press Freedom” program, funded by the Norwegian foreign ministry,  has so far been implemented in Norway, Uganda, Palestine and France for the purpose of promoting press freedom in the world. 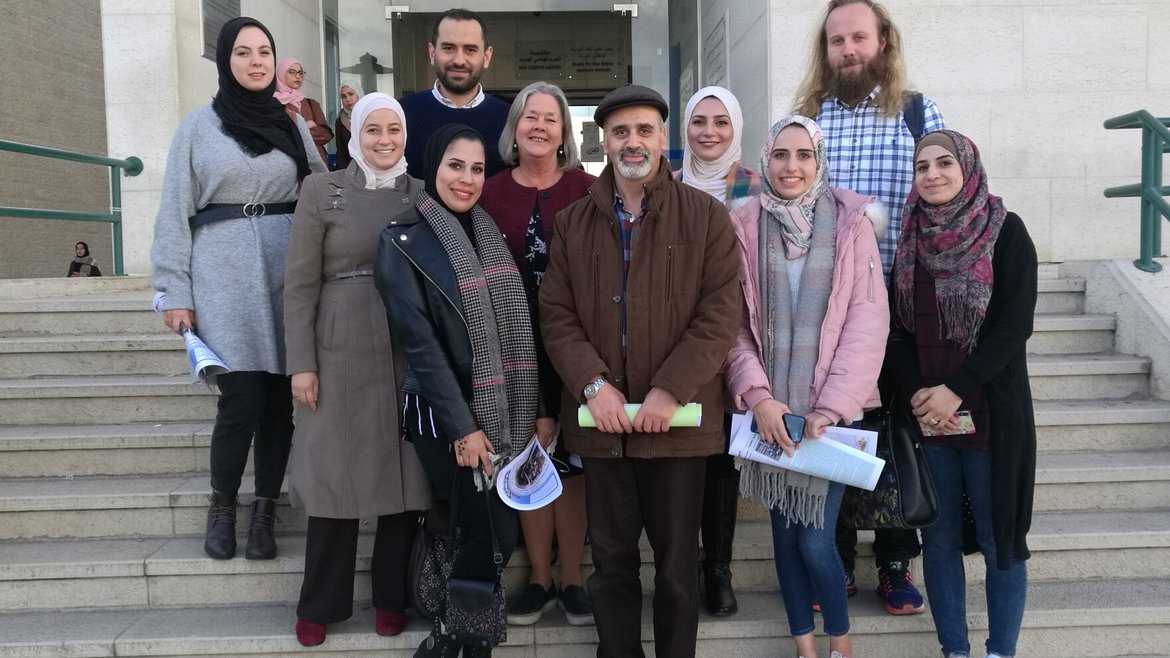 In her comment on the experience, Professor  Frey said that it was an  important  experience for Palestine and she was  happy with its outcome. She added that the students showed seriousness of work and desire for learning. She also said that the Communication and Digital Media Department  colleagues were cooperative.  Professor  Abu Dheir , the activity coordinator, pointed out that the experience was rewarding  for the students. It improved  their confidence   and enriched  the methods of  journalism teaching at  An-Najah. 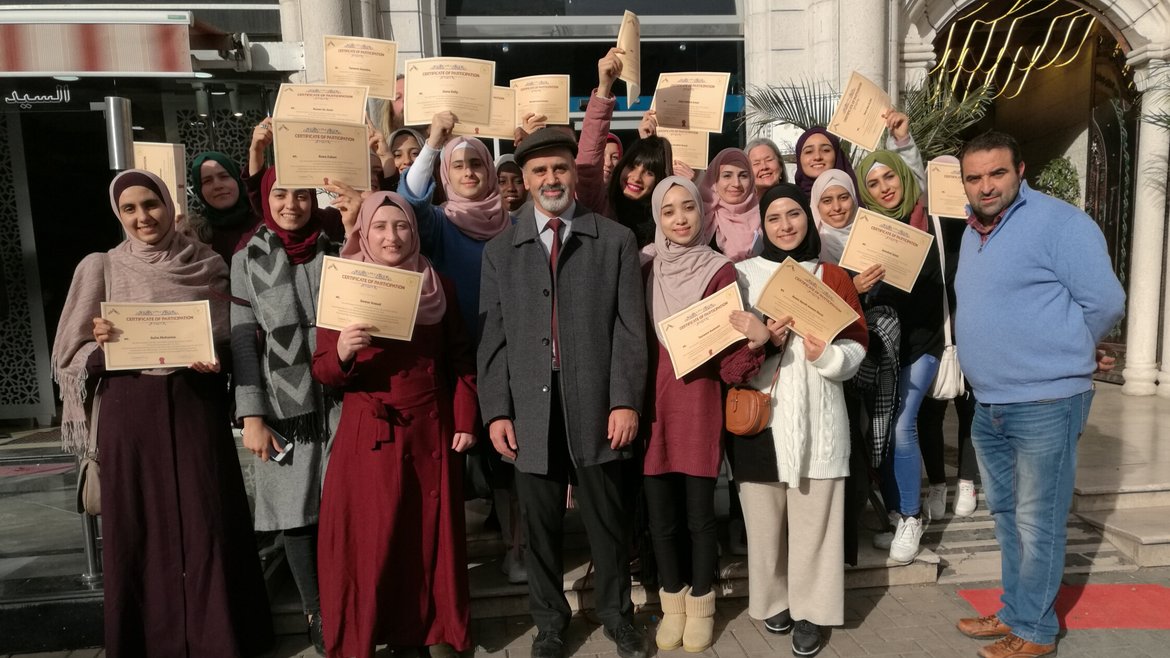